The Vikings Begin: Treasures from Uppsala University
One of the world’s finest early Viking-age collections has arrived at Mystic Seaport Museum. On display will be a selection of 1,300-year-old items from the pre-Viking Age.

Usually in storage at Gustavianum in Uppsala, they have never crossed the Atlantic before. But now the mysterious world of the early Vikings is to be revealed to a wider audience, with a premiere at Mystic in Connecticut this summer.

Among other things, the exhibition contains magnificent weapons and small treasures such as jewelry and objects of magical significance. It tells the story of how the Viking Age began, and describes how the objects relate to the rest of the world; their spiritual and supernatural connotations; the role of war; the importance of water, waterways and trade routes, and how they affected development.

In the exhibition, the objects create a story in six “chapters”, which give an idea of ​​how society in the Vendel period developed and which features of Viking society were already beginning to emerge in the early 7th century. 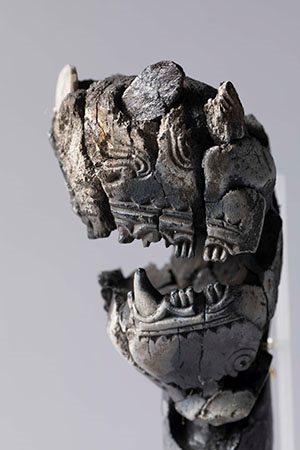